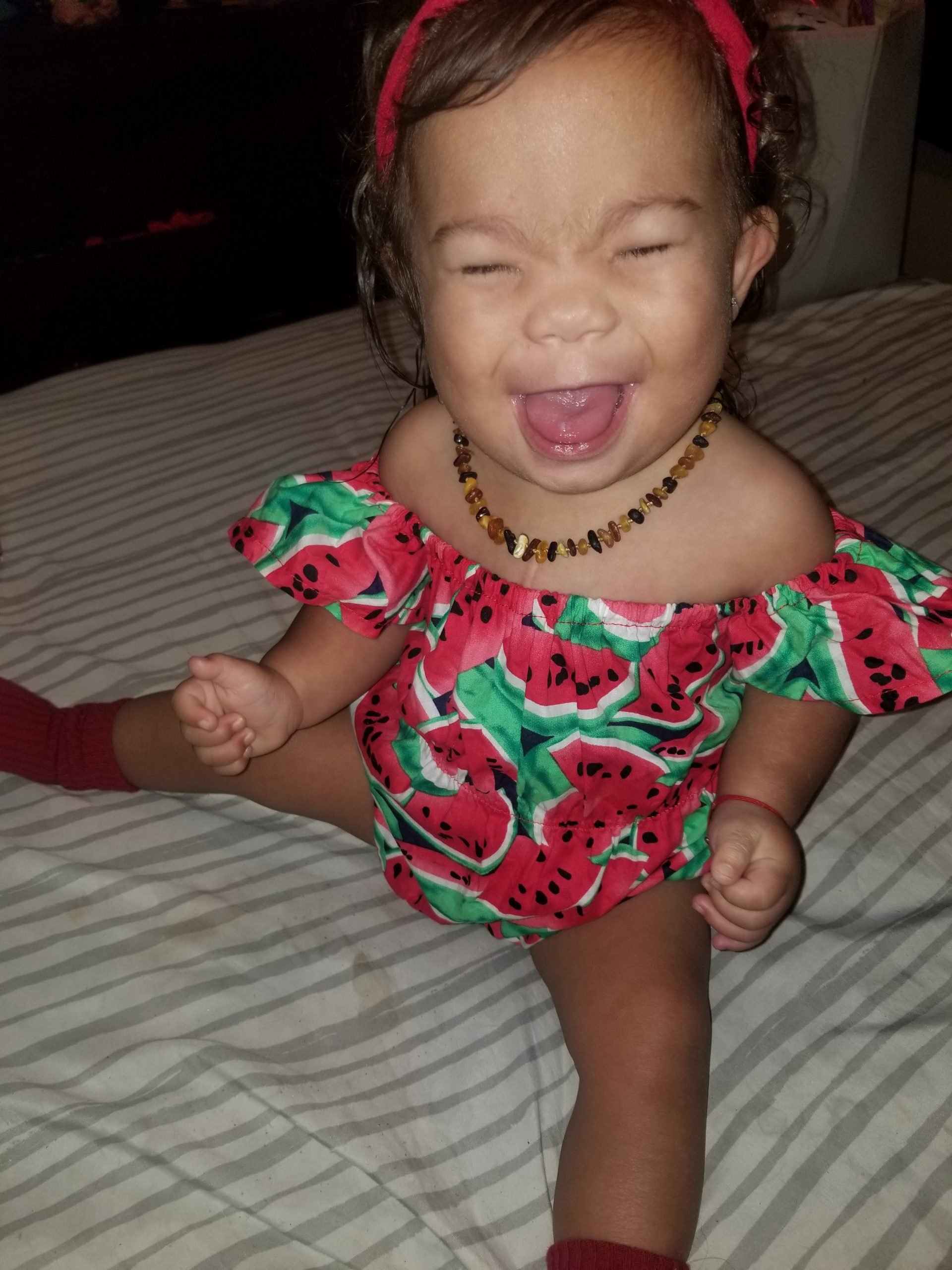 I found out early on in my pregnancy that Ariyah had Down syndrome and a heart defect. It was hard to accept at first because she’s my baby and I couldn’t imagine her having any health problems. If I could go back and do it all over again, I would have NOT known while I was pregnant, as it made me miserable because I was so worried.

Doctors told me everything that she wouldn’t do, I was never told the things that she could do. I was told when she’s born she’ll have heart surgery, no skin on skin, she would need oxygen, she will not be able to eat on her own and would need a tube in her nose, that she would be in the NICU for weeks to months and that she would hit all of her milestones very late. I was told that she may never be able to hold her head up good because “those types of babies” have low muscle tone, so it would be harder to hold their head up.

I was told at every visit, every two weeks my options. It bothered me that I was asked every visit. I said, “Why do you keep asking me if I want to terminate? A heart problem that’s repairable, is not a reason to terminate nor is Down syndrome so what exactly is the reasoning behind it?”

Let me tell you something about the day she was born. My 12-day early baby (did not have to have a C-section, as I was told) she never needed oxygen. We did skin on skin. She did not have heart surgery when she was born. She held her head up the day she was born and did tummy time amazingly. She ate from a bottle, she would just get tired because of the heart condition and only had a tube in her nose for a couple days for volume not because that’s the only way she’d eat. She was in the NICU for 1.5 weeks, only to build up her volume, everything else was great.

She has hit milestones later than typical children, but she has been hitting her milestones. She had open heart surgery, January 8, 2021 and she was only in the hospital for 4 days. I was there every step of the way with her and after the second day she was trying to roll over on her belly and was completely fine with me getting her out of her bed to dress her, hold her and love on her. She has had no complications from any condition. She crawls all over the place now. She eats no problem, she feeds herself with her hands. Just a couple days ago she sprouted two little teeth on the bottom. She is now 17 months old and has physical therapy twice a week. She learned to crawl and she can hold on to something and stand up. She now will stand up in her crib.

I would have to say don’t ever compare your parenting style or your child to other parents and children because no two children will ever be alike and our babies are amazing, special and miracles! They will defeat ALL odds and they will make it through anything because they are special! We were all chosen to be their parents for a reason. I was chosen to be her mommy because I needed her more than she needed me. She is the most amazing, cuddly and happy little girl!