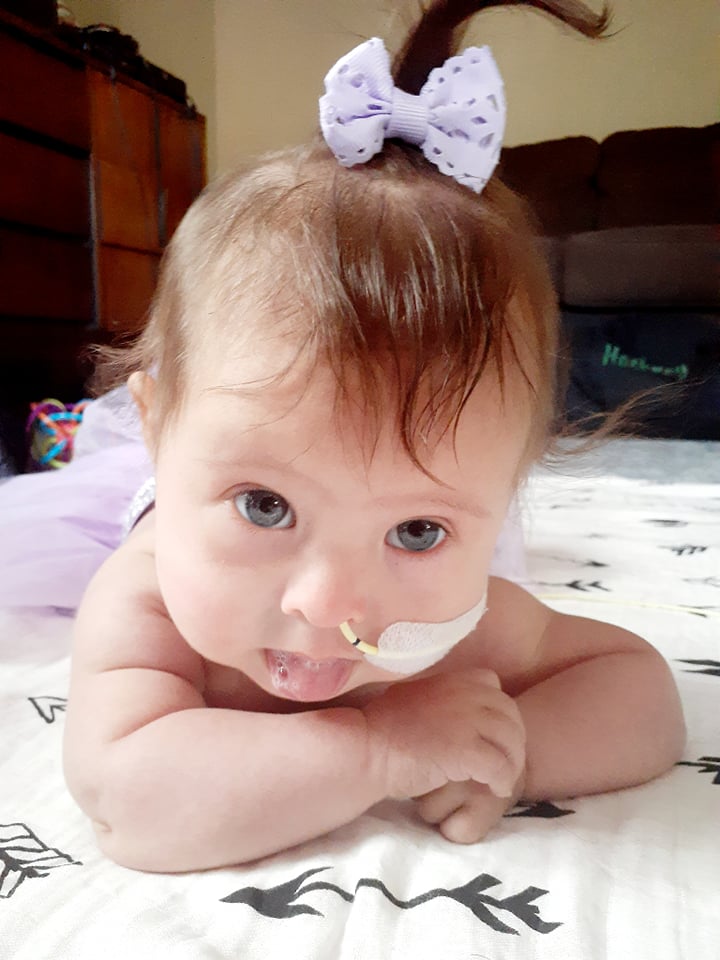 A few weeks later I was at a new friend’s house, when I got a call from my doctor’s office. It was the nurse and she asked me, “is it a good time to talk and go over the results?” I didn’t even think it could be anything other than “your results are fine, have a nice day!”

I excused myself and drove home on auto pilot, not even remembering how I got there. As soon as I walked through the door my husband new there was something wrong. I couldn’t even get the words out before collapsing into his arms and sobbing. I ugly cried. I sputtered and spat to try and get the words out. I felt like I was being punished. Life was already so hard and now this? What did I do wrong? Why was this all happening to us?

The next few weeks were a blur. We saw a genetic counselor and had an amniocentesis. It was discovered that our baby had a congenital heart defect that would require open heart surgery. That was the most terrifying of all. I seriously think I cried for 3 weeks straight. Once all my tears had been cried and I had no more left, we got the call that confirmed it. Our baby definitely had Down syndrome, Trisomy 21 in all of her cells. Her! It was a girl! We were having a baby girl! For some reason the diagnosis of Down syndrome and heart defect turned me completely around. I did a 180. I no longer laid around depressed and hopeless. I was on a mission.

My only objective was to get this baby here and in our arms safely. To change our situation and get it together, so we could give her a good life. A friend found a woman that wanted to pay it forward and give a Ford Explorer to a family in need and that was the first step up we had. With a reliable vehicle we were able to improve our situation just a bit.