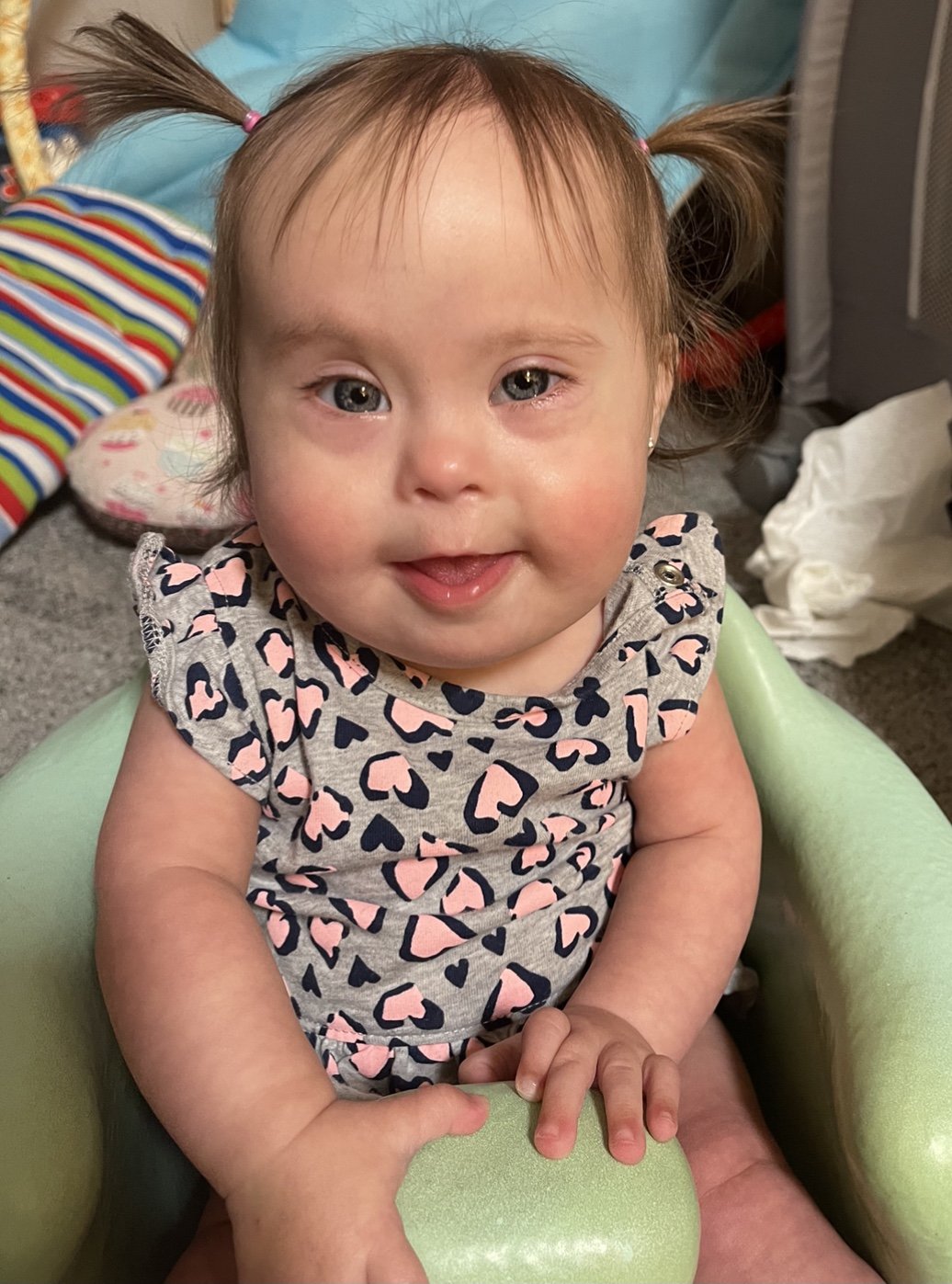 At age 38 I found out I was going to have our 4th child!  I was so excited to find out the sex of our baby.  Because of my age prenatal testing was offered.  If you do the testing then you can find out the sex much earlier than the anatomy scan.

So, at ten weeks pregnant I took the blood test.  About 2 weeks later I started anxiously calling to find out if we were having a boy or girl.  Finally, I went to the office for the results.  I was told that she had Trisomy 21.  I was devastated to learn that meant Down syndrome.  As I was leaving I asked the sex and the doctor had not even checked so she had to look it up.

In a few weeks it will mark the two year anniversary from when I was given the news that day.  I educated myself as much as I could with people that had experiences with Down syndrome.   We chose the name Gracie Joy with purpose.  Countless people told us what a “joy” she was going to be.  She certainly has enriched our lives.  We celebrate every milestone just like our other kids but know that Gracie had to work extra hard to reach them.

There has been an underlying theme when people learn she has Down syndrome. This even goes back to her sex being an afterthought when I was told about her diagnosis.  She’s constantly referred to as a “Downs baby”.  We have become acutely aware that the language that’s used to address her or describe her and it is not ok.

Gracie does have Down syndrome but it’s not who she is.  Just as someone has cancer… you would not refer to them as a “cancer baby” or cancer person.  She is a person first!  Our Gracie has personality.  She is a happy baby but boy can she pout if something is wrong!

Gracie is an integral part of our family just as all of our children are!  If I could teach one thing it would be person first language.  She’s our giggly little girl and so much more than a label of the syndrome that she was born with.