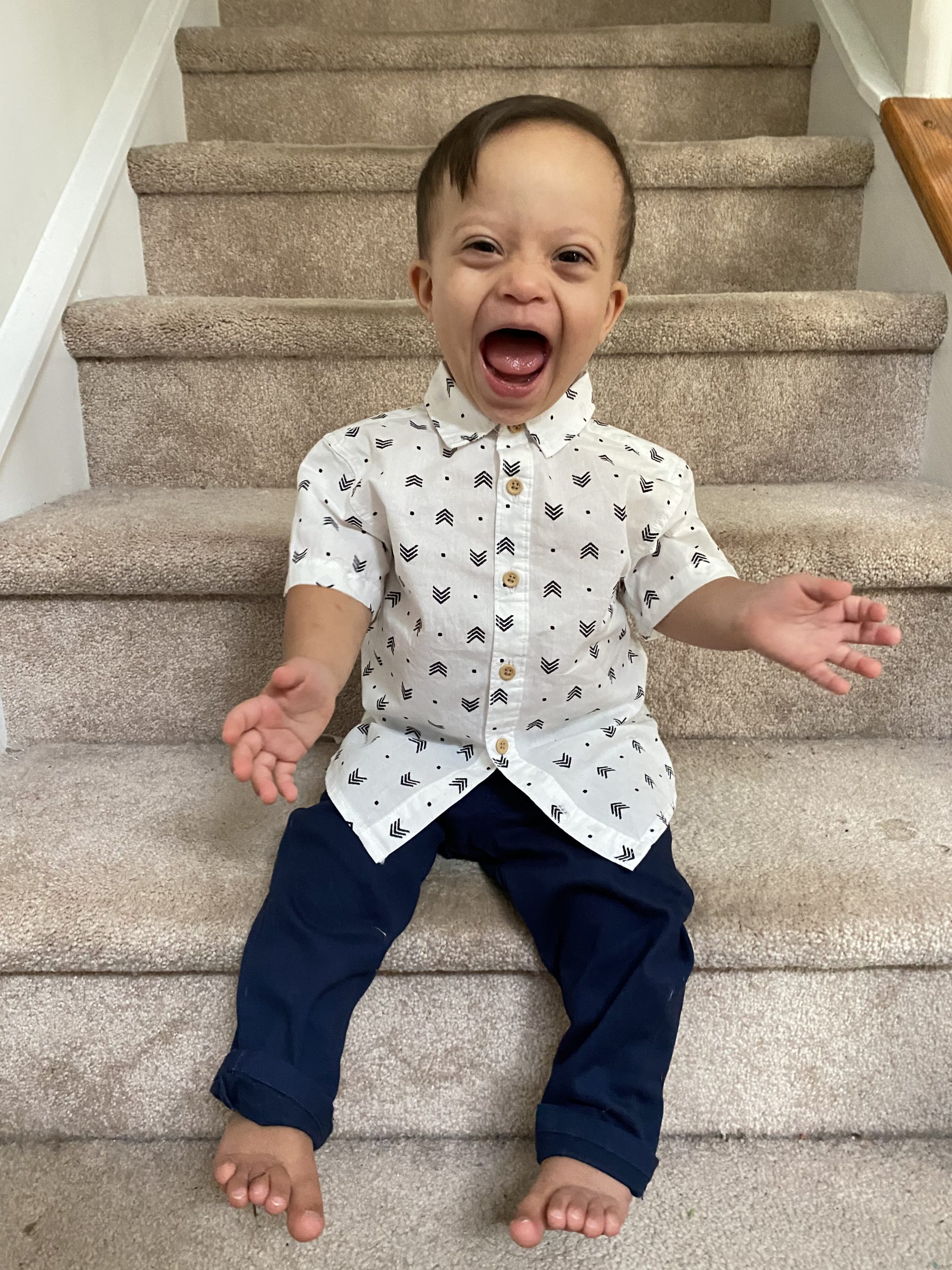 At the age of 30 I found out I was pregnant with my second child. Consumed with fear due to a previous miscarriage, I had no idea what was ahead of me. I so wanted a boy because I already have one girl and I thought I’d be really lucky if I got the perfect pair! But after my 1st blood draw I felt I was nothing but lucky.

I remember I was shopping at Wal-mart when I got a phone call telling me my blood results were abnormal and the doctor would like me to see a geneticist. Long story short I became aware that I had a 1 in 8 chance of my child being born with Trisomy 13,18 or 21. In that very moment I felt my world crumble. I was only 30 and didn’t understand how this could happen to me. Little did I know it was more common for my age group than any other.

Given the option of an amniocentesis, I automatically declined because of that 1% chance of miscarriage. I also had my mind made up that I would have my baby no matter what. That didn’t stop the specialist from encouraging abortion, all the way up until 24 weeks in fact. Later on I found out I was having a boy and there was a high chance that he would have Down syndrome. Follow up blood work and ultrasounds all continuously came back abnormal. I had several doctors appointments leading up to Liam’s birth. To be honest, I prayed everyday that my baby would be born “normal”.

When Liam was born (via c-section) and put into my arms, I looked at his face and instantly knew he had Down syndrome. I immediately started crying. How can a beautiful moment in my life also feel like the saddest? I was consumed with worry for his future and I had fallen into believing the statistics of everything. The truth is, each and every child is different and unique in their own way, disability or not. What kind of world would we live in if everyone was born the same?

Little did I know the amount of joy Liam would bring to our lives. Since the day he was born he has proven others wrong! Statistics say children born with Down syndrome take longer to hit milestones. I say, children in general  hit their milestones on their own time. Liam started walking before my “typical” daughter and he has a lot more teeth than she did at the same age. That doesn’t mean he doesn’t struggle in other areas.

His smile is infectious and he lights up any room he’s in. He’s a total mush, but he also gets angry when his food isn’t done. He’s addicted to Blue’s Clues and Elmo but also loves when all the attention is on him. In fact, he goes out of his way to get attention. His strength and determination have given me a whole new perspective on life in general and I know he will continue to conquer any obstacles that come his way.

If I could teach others one thing about having a child with Down syndrome it would be that every child is unique, disability or not.

Having a child with Down syndrome is not the end of the world, it is a whole new world.