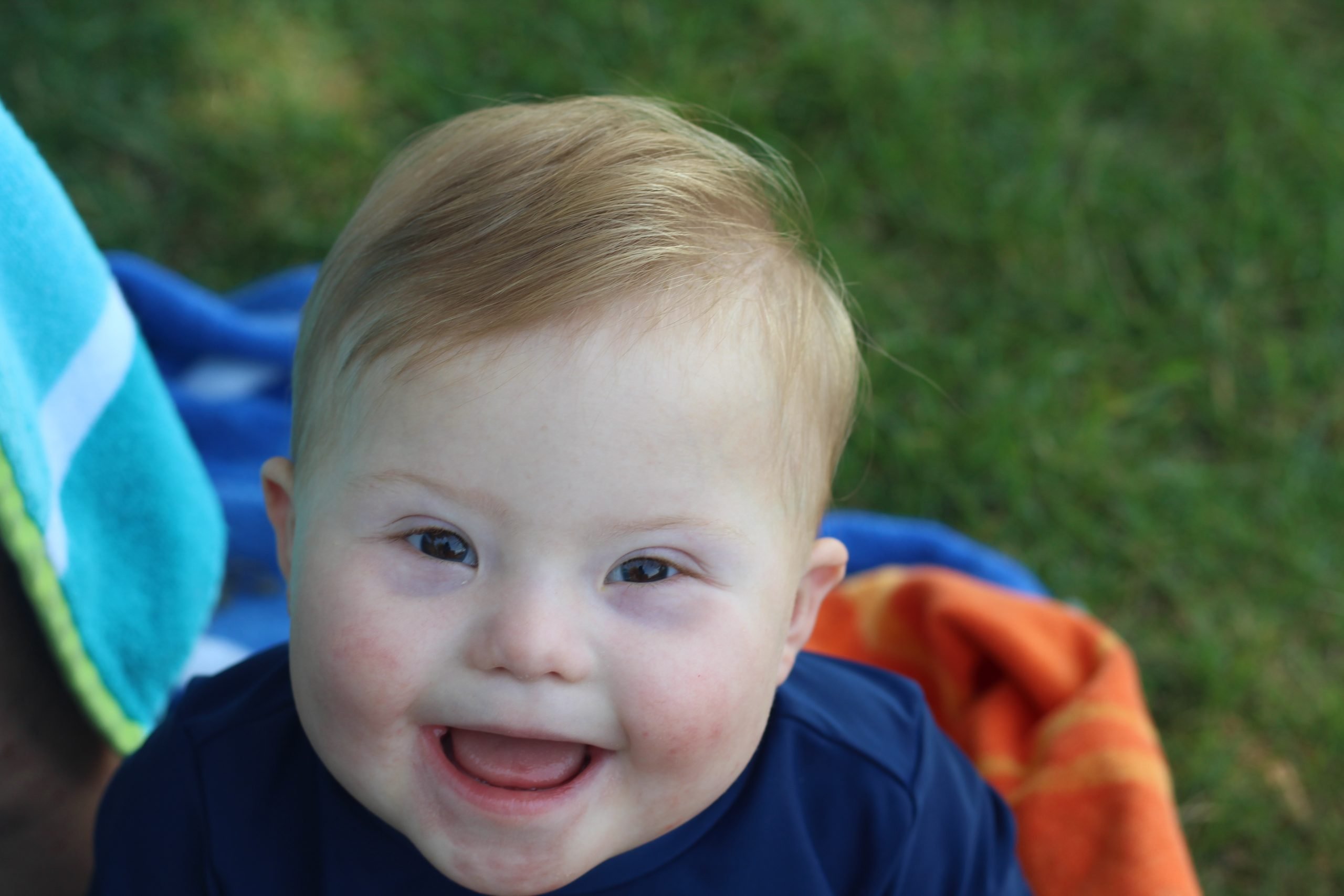 When our son, Noah, was born he had a few “soft features” of Ds, such as low, slightly folded ears and the classic epicanthal fold of the inner corner of his almond eyes that slightly angled upwards. The nurses at the hospital were buzzing with each other about it. They mentioned it to the pediatrician, who delivered the news of his suspicion in a less than savory way.

I will forever regret that my first week with him was spent staring at his eyes with fear and not into them with the same deep feeling of connection that I had with my first son. I checked his double creased hands often to reassure myself that he probably didn’t have that extra chromosome.

I felt the space between his toes and convinced myself he was typical.  I broke down when my husband told me that the genetic testing had confirmed the diagnosis of Trisomy 21. I could barely breathe when I called my mom to tell her. Both of them were strong supports for me that day. I was ignorant, but I have learned a lot since then.

Noah is 15 months old and a pretty easy little guy. Now, I wouldn’t change any of those parts of him that I initially, and regrettably, wished away. His almond eyes are the most expressive, loving, joyous part about him and I don’t notice their unique shape anymore.

His tiny ears hear me tell him I love him, and the only reason I touch those little toes is to hear a big belly laugh when I tickle them. He is crawling like crazy, pulling up on everything to stand, and practicing taking steps.

We have loved watching him hit milestones in the same way we did with our 3 year old. It might take Noah a bit longer to master these skills, but we have never doubted he would get there. Down syndrome isn’t a huge part of our lives, Noah is, and he just so happens to rock that extra chromosome like a boss.

The future is unknown for all children and we shouldn’t limit what they’re capable of or what they can achieve just because of their chromosome count. I need to remind myself often that I need to trust whatever plan God has in store for both of my boys. The opinions of other people, or what society thinks they’re capable of, shouldn’t be what limits them.